Effects of Domestic Abuse on the Victim 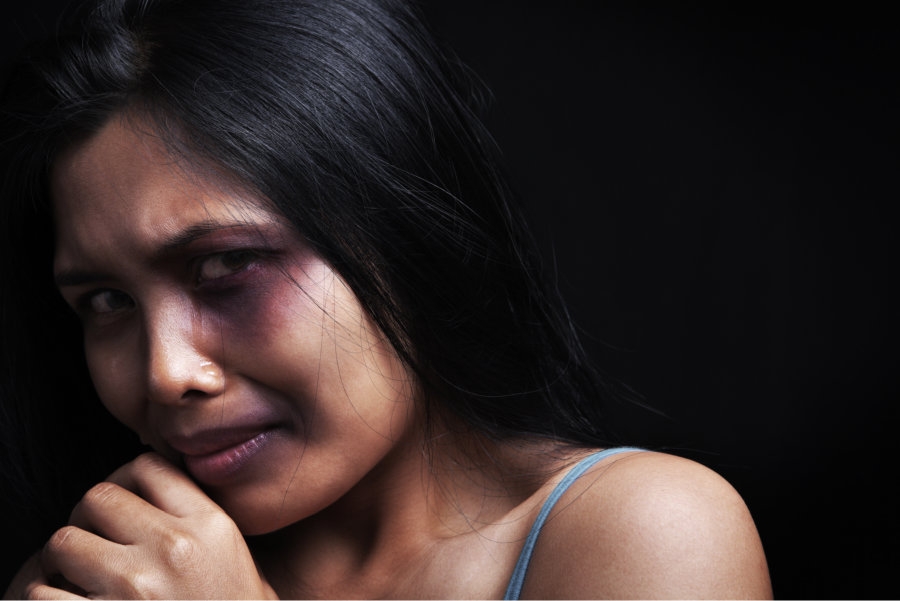 “Domestic violence causes far more pain than the visible marks of bruises and scars. It is devastating to be abused by someone that you love and think loves you in return. It is estimated that approximately 3 million incidents of domestic violence are reported each year in the United States.” – Dianne Feinstein

The incidence rate is probably higher in other parts of the world.

5 Signs of an Emotionally Abusive Relationship:

1. You walk on eggshells to avoid upsetting your partner.

2. Your feelings and opinions are rarely validated.

3. Your partner is mistrustful of you for no reason.

4. You feel like you are unable to discuss problems in the relationship.

5. You feel “stuck” or confused most of the time.

A good relationship is one:

- Beating your wife is an act of love
- Domestic violence happens to poor uneducated women
- Only unsuccessful men beat up their wives
- Women who are beaten often provoke assaults and deserve what they get.
- Alcohol causes men to beat their partners.
- Women who are beaten could leave partners easily if they wanted to.
- Men are not victims of abuse.

Why doesn’t the victim leave?
Many people ask “Why doesn’t the victim leave? Why does the victim stay?” as if it is that simple. It is important to understand that there are many barriers to safety in an abusive relationship. Leaving can sometimes be dangerous and there are many factors an abused partner must consider in the analysis of how to respond to an abusive partner. The better question is “Why does the abuser do this and how can I help the survivor gain access to safety?”

- Economic necessity
-Isolation: from friends, family, community support, resources
-Fear: of retaliation; of being alone
- Threats: the abusive partner may threaten to commit suicide or hurt their partner/children, other loved ones and/or pets, threaten to call INS (Immigration and Naturalization Services), threaten to take the children, threaten to “out” their partner to family or coworkers…
- Lack of resources or information about available resources
- Shelters are full
- Love and concern for partner’s well-being (fear that partner will be arrested, imprisoned, deported etc.)
- Hope/belief that partner will change
- Culture/ religion/ family pressures to stay together
- Shame and guilt
- Depression
- Belief that the abuse is their fault
- Immigration status: fear of deportation without partner’s support, fear of separation from children, law enforcement etc.
- Children: desire to provide them with a two-parent home, custody concerns etc.