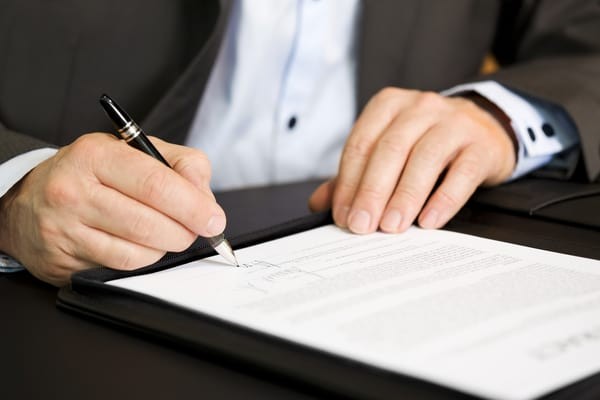 ​In many instances, when the Crown agrees to withdraw a criminal charge, it does so on the condition that the accused person enters a peace bond first.

A peace bond is not an admission of guilt and does not result in a finding of guilt. It is essentially a promise to the court by the accused person to keep the peace and be of good behaviour and to follow the conditions contained within the peace bond.

The court derives its authority to order an accused person into a peace bond either by operation of common law or through the provisions of the Criminal Code of Canada. For the purposes of this discussion, it is not necessary to distinguish the two types of peace bonds.

The first has to do with the unique nature of the relationship between the accused and complainant. There is a history there and, for many, they will continue to be involved in each other's lives even after the domestic charges have been dealt with. In cases where the accused person maintains that the allegations against him are not true and were made up by the complainant, a peace bond can put the accused person in a vulnerable position. If the complainant truly did make up the allegations, there is nothing stopping her from doing it again. In this situation, the accused person is not only vulnerable to new criminal charges but also faces potential charges for breaching the peace bond.

It doesn't take much to allege a breach of a peace bond. For instance, most peace bonds will contain a provision that the accused person is not to have contact with the complainant except with her written and revocable consent. In these circumstances, a complainant doesn't even have to allege criminal behaviour to get the accused person into trouble. She could merely allege that he continued to contact her after she told him not to.

The second factor to consider in the context of a domestic assault case is whether there are separate ongoing family court proceedings. In contested family court proceedings peace bonds can cause problems for the person who agreed to enter one. This typically happens in two ways. Firstly, the complainant's family court lawyer will often claim that there is a reason for the court to be concerned about the other party's behaviour (i.e. the former accused in the criminal proceedings) because otherwise he would not have been ordered into a peace bond. This argument can then be extended to make arguments like the other party should only have limited or supervised access to the children due to the concern about his behaviour.

The second way a peace bond may work against an accused person in family court is through the enforcement of the conditions on that peace bond. For instance, if there is a condition that the accused have no contact with the complainant except with her written and revocable consent, she can choose to withhold that consent. If she happens to be living in the matrimonial home at the time, this means that she will maintain sole possession of it (until the family court determines what is to be done with it) since the accused person risks breaching his peace bond by returning there while the complainant is still living there.

Bottom line: In the context of a domestic assault case, careful consideration should be given before agreeing to enter a peace bond.