An alleged baseball bat assault. A can of pepper spray unloaded into a toddler's face. A vicious beating over an offensively flicked cigarette. Bad things can happen if you cross the wrong motorist on the mean streets of courteous Canada, and the rising summer temperatures will probably inflame that aggressive behaviour, psychologists and traffic safety experts warn.

Ontario police charged a 27-year-old truck driver this week after he allegedly tailgated a family's car, pulled up next to the other motorist to exchange words, then threw a steel block at their window, showering broken glass into the backseat and hurting a baby and a five-year-old child.

While police described the incident as an "atrocious" outburst, it likely won't be the only case of road rage this summer — not when hot weather and hot tempers mix, said Jane Storrie, a neuropsychologist and president of the Ontario Psychological Association.

"If you just look at it from the big picture, road rage is a result of stress," Storrie said.

"It's definitely more associated with the hotter months, when people are tired and cranky and uncomfortable, and there's construction on the roads."

No matter what the conditions, keeping temperaments cool is an apparent challenge for many.

Nearly eight in 10 Canadians admitted in a 2012 Leger Marketing poll to exhibiting driving behaviours that could be deemed as road rage, with the most common aggressive behaviours being speeding, profanity and lewd gestures. 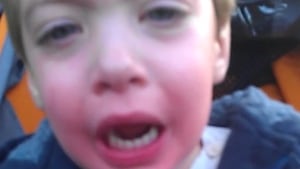 Two-year-old Dayton Barratt was playing at a Surrey park with his parents, when some men in a car pepper-sprayed his dad in the face. Dayton was also hit with the chemical. (CBC)

"It used to be eight hours of sleep, now I think they set it at seven. Most of us are getting about six hours of sleep," she said. "A lot of that is being attributed to the fact that we're all plugged in and online, and with the increase in stress levels, people are having trouble falling asleep."

John Vavrik, a research psychologist with the Insurance Corporation of B.C., said that while warmer weather has been linked to greater aggression and frustration, the seasonal road rage spike is also connected with impatient attitudes borne out wanting to get the most out of the longest days of the year.

Rather than using body language, people use what I call autobody language – tailgating, being aggressive, and that triggers the other driver to do it back, and that escalation of tension leads to these accidents.

"It's the summer. We usually want to get home faster to hit the beach, we're less tolerant of the delays in traffic, and we tend to blame other people for getting in our way," he said.

Ray Syed, an instructor with the Canadian Academy of Defensive Driving, said people tend to be more cautious during treacherous winter conditions than when the roads are dry and skies are clear.

Environmental stressors can torque up anxieties, too, Vavrik added. Without good air conditioning in the car, some drivers tend to roll down the windows in traffic, letting in smog and noise pollution.

And then there's the construction factor. The busy summer building season often causes lane closures and blockages that force cars to squeeze into one tight corridor. It's a volatile setup for unpleasant interactions. 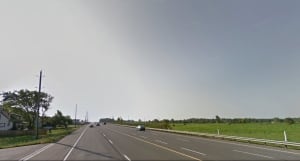 "Construction is a really big issue because it creates unexpected delays," Vavrik said, noting that such surprise setbacks are "a classic trigger for anger" that can manifest into a blowup when someone already on edge interprets another driver's behaviour as provocative.

What's more, he said, people tend to feel more emboldened to behave recklessly when they're wrapped in tons of steel, despite the high speeds involved.

While it may be easy to defuse a real-life situation such as a bump into someone on the street with a smile or friendly eye contact, it's much harder to do so in a vehicle.

"So rather than using body language, people use what I call autobody language – tailgating, being aggressive, and that triggers the other driver to do it back, and that escalation of tension leads to these accidents," Vavrik said.

"By doing something like throwing debris at another vehicle, you're putting not just yourself, but other people and the public at risk," he said. "It's huge. Very serious injuries have occurred, and if a collision would have occurred [in last week's Ontario case], it could have been worse."

At her Burlington, Ont., practice, Storrie has treated victims of road rage who have been rendered paraplegic due to accidents.

Although public service announcements have targeted drunk driving and texting behind the wheel as potentially deadly behaviours, little has been done in Canada in the way of reminding the public through advertising that they can also be susceptible to violence if tempers flare while driving.

Storrie speculates that one reason is that road rage is perceived as an impulsive act that is out of one's control.

"What studies have shown is that people who engage in road rage actually don't see themselves as being aggressive. When they were questioned about it, they just thought they were being ‘assertive,'" she said. "Nobody's necessarily setting out, or intending to have road rage, so people who are likely to do it wouldn't necessarily benefit from a PSA."

Vavrik noted that anti-road rage adverts were broadcast about 10 years ago in B.C., but that adverts about the dangers of distracted driving and texting have taken over that PSA air time.

Another problem could be that road rage has been "normalized" as a common behaviour, so offenders who have never had a brush with the law aren't likely to seek treatment, said Juliann Rasanayagam, a counselling associate at the Anger Management Centre in Toronto.

"Most people don't realize they have road rage because they think it's normal to act out that way," she said. "Even when it comes to charging people involved in those incidents, the charge might be ‘stunt driving' – it almost looks nice. There's not the same negative connotation with road rage."

As for how drivers can keep themselves in check when they're getting ticked off, Rasanayagam recommended taking deep breaths in the car, listening to the radio and staying as comfortable as possible during that commute. If someone is provoking you, she said, "don't look back, don't gesture, don't press that horn for a very long time."

"You don't want to invite them to a bigger problem, and if you're driving away, you're never going to see that person again," she said. "At the end of the day, it's maybe just a few harmful words for a few seconds of your day. So just relax and you could actually make your drive enjoyable."